As we move through the beginning of another year, it is also great time to look forward at what’s to come in the wider industry landscape. To break down the biggest trends looming over the horizon, the following represent five video camera market predictions for the year ahead. 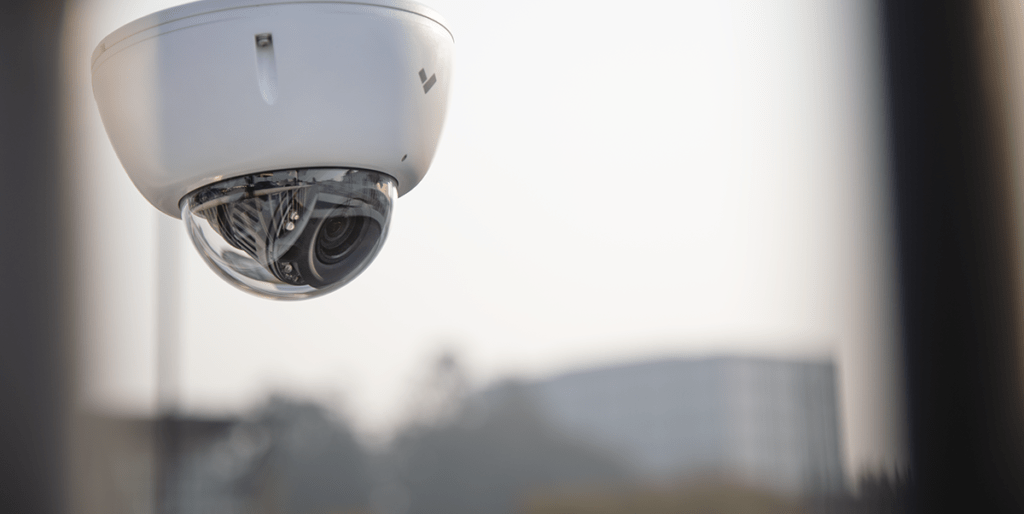 As with many technologies, video cameras have been moving to the cloud. However, the uptake has lagged the capability in some respects over the past few years—often due to largely unfounded fears about cyber security.

This anxiety is starting to dissipate. End users are realizing that the benefits are too great to postpone, and IT departments are increasingly looking toward cloud-based and hybrid cloud systems.

Outside of the enterprise space, more consumers are installing cloud-enabled video cameras in their homes. Many leading manufacturers are embracing cloud-first operations, a development that will only create more expectations for this method of storage and connectivity.

BIS Research predicts that the global video surveillance market will expand at a compound annual growth rate (CAGR) of 16.14% through 2023 and sees economic factors continuing to push the industry toward cloud-based systems. “The reduction in the cost of cloud storage solution has surfaced as a key opportunity for service players in the video surveillance market,” stated the research firm in its December Global Video Surveillance Market report.

Technological innovations are also driving migration. Two of the major drawbacks of cloud security cameras include bandwidth limitations and internet disruptions. Verkada’s cameras, however, record footage directly onto their solid state storage and then send metadata to the cloud in a way that can help optimize and lower the bandwidth footprint of each camera to as low as 5kbp/s in their steady state. This enables Verkada systems to function well, even in areas where limited internet connectivity prevents IP cameras from other manufacturers from operating. On-camera storage also means that Verkada cameras continue to record in the event of a network outage—providing cloud camera benefits without the typical drawbacks.

Other manufacturers have been moving to newer codecs to save on bandwidth needs. “Known as High Efficiency Video Coding (HEVC), H.265 can encode video files twice as efficiently, at a lower bitrate, than its predecessor,” states IFSEC Global in its Video Surveillance Report 2018. “Slashing bandwidth and storage consumption by about 50%, it’s a vital step forward given growing storage demands.”

IT teams are being asked to manage more Internet of Things (IoT) devices and machine-to-machine (M2M) connections. According to Cisco, this trend is merely beginning. It projects that M2M connections will grow by 19.6% per year through 2022.

“A growing number of M2M applications, such as smart meters, video surveillance, healthcare monitoring, transportation, and package or asset tracking, are contributing in a major way to the growth of devices and connections,” states Cisco’s latest Visual Networking Index. “By 2022, M2M connections will be 51% of the total devices and connections.”

To stay on top of the growing workload, infrastructure simplification is critical. For similar reasons, companies no longer want to devote significant time and resources to running a massive video surveillance installation. Plug-and-play solutions have become the new mantra. Simply put, this is now what clients expect from providers.

This wasn’t always possible. In the past, complex setups once relied on a network video recorder (NVR) or digital video recorder (DVR) that served as a central hub that connected an array of cameras to on-site monitors and the wider network. Such systems were inherently complicated with many moving parts.

But hybrid cloud solutions, as well as other quick-to-implement and easy-to-operate options, have changed the marketplace for the better. It means users have more alternatives and legacy manufacturers are being forced to evolve. They recognize that they must deploy more-user-friendly operations or watch their clients sign a contract with someone who can.

These same market forces are also pushing companies to roll out better UI platforms. As we have seen with software-as-a-service (SaaS) models, simplification is also the goal here. In 2019 and beyond, expect camera software to start becoming more intuitive.

Not only will this make system operation more manageable, but it will also cut down on training costs and cause less disruption due to IT department employee turnover.

The coming year will witness the introduction of smarter camera applications. It has been several years since motion detection became widespread, and we will see a similar expansion of intelligent capabilities in 2019.

This has already been occurring in the mass consumer markets. In an ongoing battle to outperform each other, mobile phone manufacturers have been unveiling advances in terms of facial recognition, augmented reality and other cognitive technologies. New consumer drones have also introduced sophisticated tracking capabilities. As we are seeing in other areas, features like these, potentially including weapon detection and sensors that can detect depth in three dimensions, will start to become more visible in the enterprise security space as well.

Such innovations mean that those in the security space will be demanding more—and soon. Increasingly, end users will insist that their eyes in the sky have the intelligence to match. The more that cameras can analyze the footage they record, the less oversight will be needed to monitor for common events.

This will further extend to more robust artificial intelligence and analytics capabilities as well, according to Scott Schafer, Chairman of the Security Industry Association (SIA).

Cybersecurity remains a constant threat, and the financial impact only continues to grow. The Ponemon Institute 2018 Cost of a Data Breach Study found that the average cost of a data breach across the world last year was a staggering $3.86 million, representing a 6.4% jump from firm’s findings in 2017.

The video security industry is not immune. Like many other firms, companies in the sector face daunting challenges to safeguard networks and devices from attacks.

But the stakes are likely to get even higher in 2019. In addition to malicious actors seeking illicit financial gains, state-sponsored exploits are becoming ever more common. The Chinese government, for example, was reportedly the mastermind behind the data breach that exposed the personal information of some 500 million clients of hotel giant Marriott, according to the New York Times.

Just Security, the digital publication of the Reiss Center on Law and Security at New York University School of Law, has highlighted the severity of this incident. “The 2018 Marriott hack should be a wake-up call for Western countries, corporations, and citizens that soft cyber targets face a new threat from powerful cyber actors, with stakes which may be bigger than we or even those launching these attacks are yet able to realize,” wrote expert contributors Joshua Geltzer and Bryan Jones. “The result of such threats is that the private sector is now on the front lines of national security interests, with data vulnerabilities exposing risks beyond simple identity theft.”

Such developments will continue to be of concern to organizations, which have seen surveillance-specific exploits hit camera manufacturers including Hikvision and other Chinese brands. The last thing any company wants is to become known for having sensitive footage leaked to the public.

Given the danger that is now coming from all sides, expect both industry providers and clients to put an increasing focus on cybersecurity over the next 12 months.

The marketplace for video cameras and related surveillance solutions is fragmented. Consolidation means that some of the bigger industry players now control a larger percentage of the industry than they previously did. But many startups have also entered—and disrupted—the space.

The big three providers do now account for 40% of the market, according to IHS Markit, but two of those were not even among the top 10 as recently as 2005. Moreover, “there are still hundreds of relatively small video surveillance equipment vendors, many of them with a market share much lower than 1%.”

Given these dynamics, some consolidation is to be expected in 2019. But the research firm stated in its annual trend report that it does not foresee “a spree of large-scale mergers and acquisitions” to come any time soon.

Instead, IHS Markit predicts that “there will be more new entrants in 2019” and that “perhaps some of them will be among the market leaders of the future.”

Despite all the innovations so far, the cloud and smart technologies are only just now really upending the industry. This and increasingly sophisticated devices mean that it is easier than ever to implement simplified systems as well. And as cybersecurity challenges and startup mojo continue to alter end-user expectations, the entire landscape may start to look very different by the time 2020 rolls around.

For a deeper look at this topic, check out one of Verkada’s latest video security eBooks: The Future of Enterprise Surveillance.

Get a trial camera, risk-free for 30 days. We cover shipping both ways.
Get Started
Jan

Verkada’s latest feature, Motion Notifications, proactively provides valuable security information—without requiring active monitoring. Customers can also add smart filters to trigger an alert only when people are in the frame or within a certain time window.

New Jersey is one of many states that has committed major resources to school safety. With hundreds of millions of dollars to be awarded, schools planning to apply for funding to upgrade their physical security should start formalizing their proposals now.